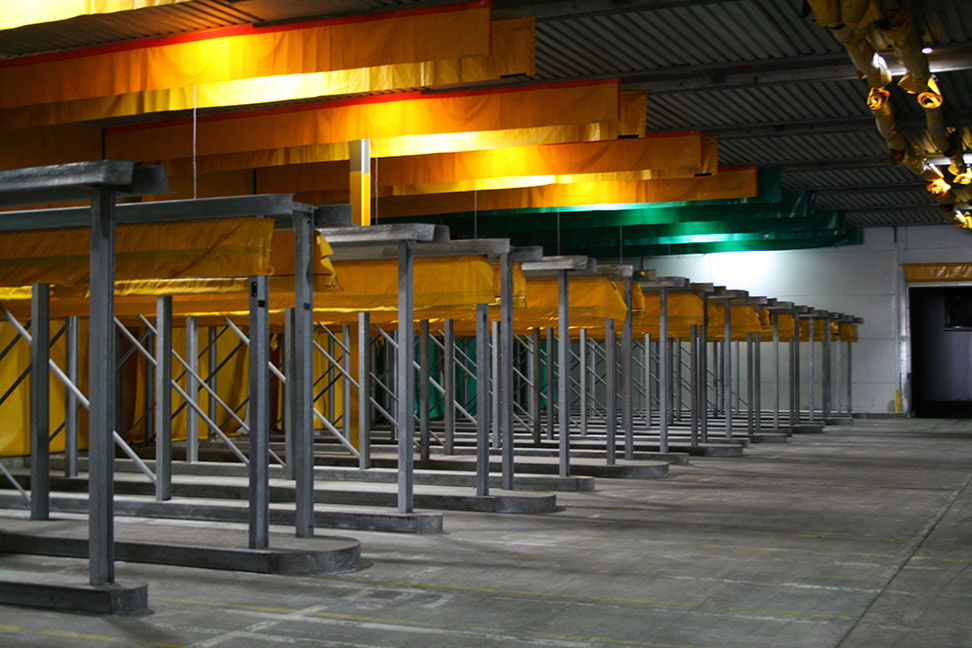 Motivation and Establishment of Hexkoel

In a 2010 interview with the late Jan Rabie, the first chairman of Hexkoel, he recounted the motivation for the establishment of Hexkoel as well as the history of the establishment of the facility.  He explained that the rapid expansion of the table grape industry in the 1960’s and 1970’s was hampered by the detrimental effects of the post-harvest treatment of the fruit at the time. At this time, the fruit were packaged in wooden boxes with the bunches cushioned in wood wool. The boxes were packed into ambient temperature railway cars individually and transported to Cape Town Port. Often these railcars had been used for transporting cattle and before loading the grapes manure had to be cleaned out of them first! Once the boxes of grapes arrived at the port they were unloaded and stood on the siding until they were moved into the cold storage facilities in the docks.

Rabie explained that the Hex growers had realized that they needed to improve their quality. Although the fruit produced was generally of a good quality, the post-harvest process needed to be improved and cold storage was the obvious focus. After much debate, this need led to the establishment of a committee elected by the valley’s producers to investigate methods of implementing this in the Hex River Valley.  This was at around the time that Louis Kriel had been appointed as CEO of Unifruco and he was quite instrumental in getting this process started. The committee approached Peter Worthington-Smith, a cold storage consultant, about the establishment of a cold storage facility. Worthington-Smith’s suggestion was that the location should be at Orchard as this was reasonably central in the Valley and the facility should be built adjacent to a railway siding. The site proposed belonged to the Cape Orchard Company, owned by the Dicey family, at the time. It had a railway siding that had been obsolete for many years but could be modernized and utilized.

The committee decided that the growers should establish a co-operative that would establish, own and manage this facility. Rabie stressed that this was considered preferable to ownership of such a facility by an external service provider, which would leave the producer at the mercy of the service provider with regards to service costs as was the case in some other production areas. This was a tough decision to implement and manage but a few decades later it certainly proved to be a good decision in the long run.

The co-operative was this established and with a loan from the Land and Agricultural Bank of South Africa as well as a portion for a commercial bank Volkskas Bank, the ground was purchased, and the building was established. The board of directors held an official opening, and this was undertaken by Dawie de Villiers, the Minister of Economic Affairs at the time.

All the growers had to join the co-operative in order to be able to deliver their grapes. Hexkoel operated as a co-operative for many years before it became a company and producers are shareholders.

Dispatch transport to the Port of Cape Town

Initially the pallets for dispatch to the Port of Cape Town were loaded into refrigerated train trucks for transport. The pallets were transported the short distance from the cold storage facility to the railway siding by tractor and trailer. Later train transport was discontinued, and pallets were transported on load bed trucks for break bulk hold shipping. Today the grapes leaving Hexkoel are packed and shipped entirely in truck mounted 12m containers transported to the port by road. 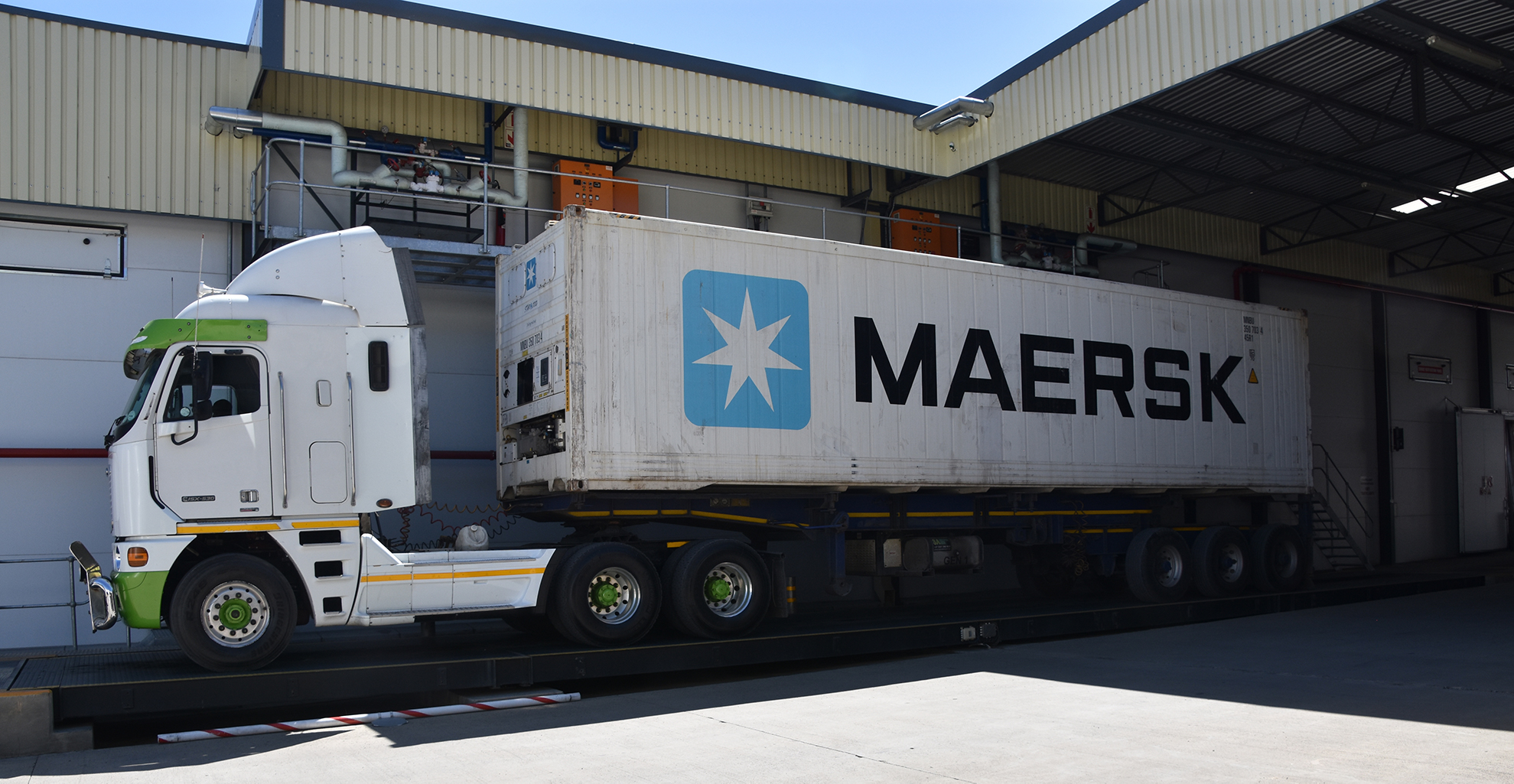 Hexkoel has experienced some challenging transition periods. When the facility was established, all the procedures were implemented manually, and all documentation was done with paper consignment documents and clipboards. Stock taking involved walking through the cooling rooms and counting the pallets and pallets per variety manually. At that stage the personnel used typewriters as well as very large fax machines for communication.

The sheer size of our facility makes implementing any new technology a considerable undertaking. The implementation of the Paltrack system at Hexkoel in 1996 was a huge learning curve with considerable challenges. Hexkoel was the first outside depot to be added to the Paltrack system. As a result, Hexkoel fulfilled the role of the depot that assisted with ironing out the teething problems when the system was first rolled out to the fruit industry.

Prior to this, for delivery truck drivers simply handed over their completed consignment note before having their trucks unloaded. The new system created bottlenecks as it required a more time-consuming intake process as the personnel learned to operate the system. This created frustration for the personnel and tested the patience of the growers delivering their grapes.  Although the Paltrack system was initially challenging to implement, it is an invaluable resource and today the intake process is paperless and the facility cannot function without it.

Hexkoel’s willingness to assist Paltrack as the first depot is also indicative of Hexkoel’s vision as early adopters of improved technologies and through that process, we have received excellent service and assistance from Paltrack. 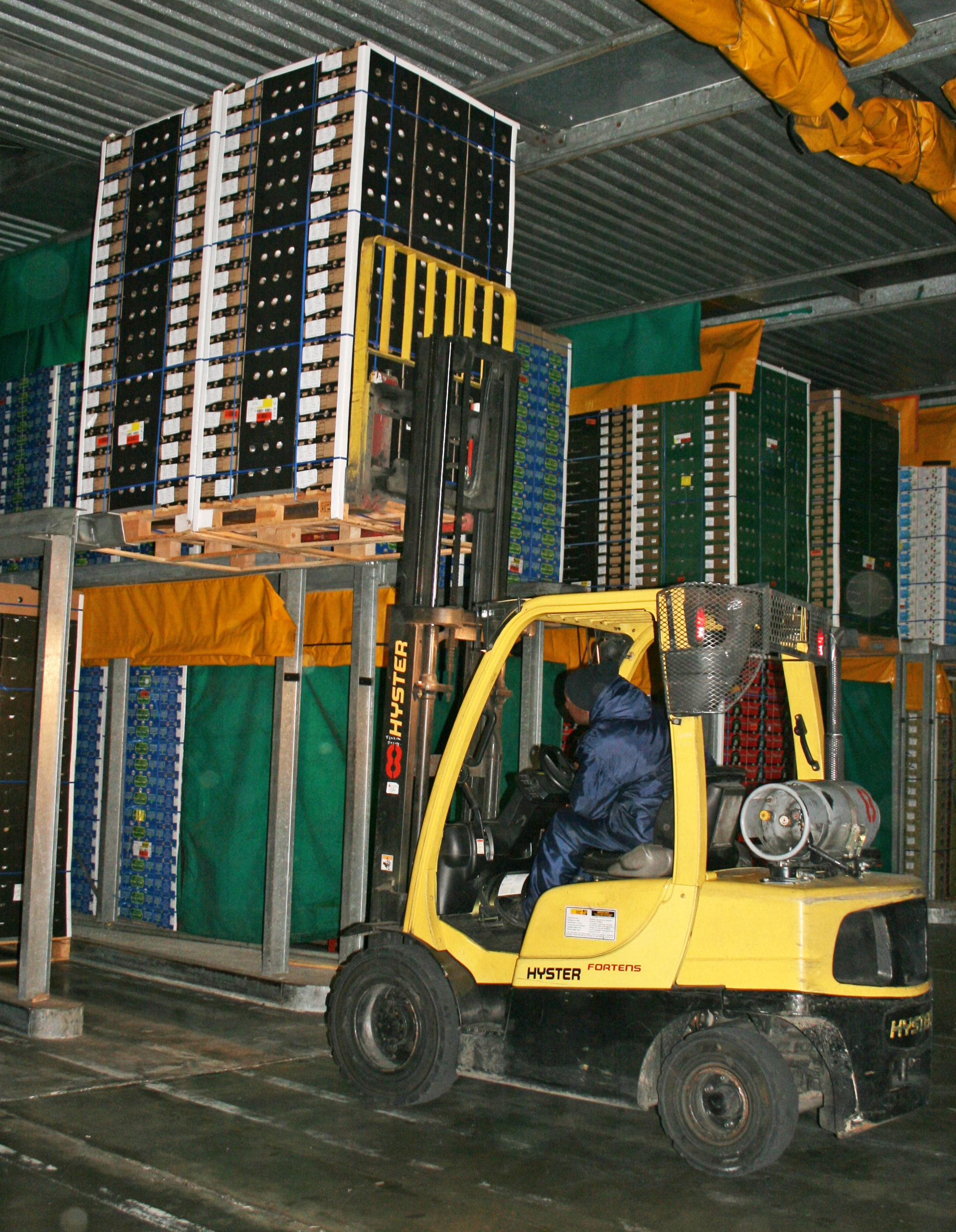 Deregulation of the fruit industry

The deregulation of the fruit industry in 1997 was a difficult period and created considerable challenges for Hexkoel.  Within a very short period, Hexkoel went from having one exporter to work with to up to 80 exporters and each of these had different instructions and requirements for their fruit and this created a truly chaotic situation. It took several years to refine the system and Hexkoel implemented systems that assisted to streamline these challenges.